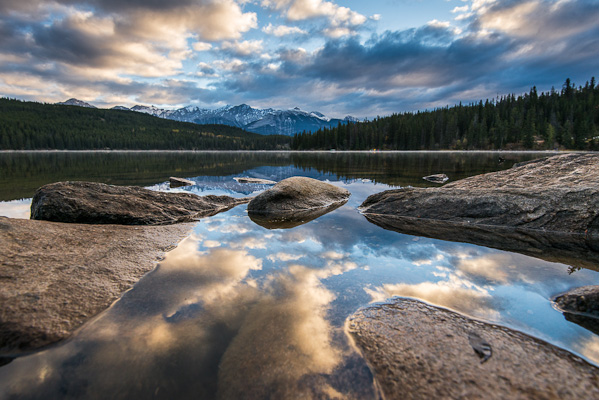 At the end of January 2012, we flew into San Francisco. This was for me, the best trip of the year. A couple of days in SF to acclimatise, with the first dawn delightfully foggy and then misty. This enabled iconic images of trams emerging through the mists and, eventually the Golden Gate Bridge doing the same.

The main thrust of the trip came next, Yosemite. Many of you know that I still gain inspiration from the images and process of Ansel Adams, who really put Yosemite on the park photographically. With a little fresh snow and freezing frosty nights, my playground was waiting for me. The place is simply awesome. As well as the classic images such as Tunnel View, there is plenty more besides. Detail and reflections in the still dawn air with hoarfrost covered grasses filled my frames. El Capitan with its colourful rock lit by the winter sun; the mountain Half Moon at dusk; oh so many structures and details to capture. Simply wonderful.

After a week here, we set off to the enormity that is the Grand Canyon. Our arrival late in the afternoon following a two day drive from Yosemite, provided a moment of awe as the setting suns rays cast light and shadow over this feat of nature. Dawn dusk and night shots filled my memory cards here before a drive across the desert to Bryce Canyon with the amazing hoo-doo’s rising up from the ground and at my visit, covered in snow as well. The snow here was quite thick in places, so some stylistic images involving trees and snow ensued before moving on to Zion for an all too brief stop over and then to the anathema of the trip, a night in Las Vegas before flying back home.

A couple of weeks later at the beginning of March I headed north to the Isle of Skye in Scotland. For those that don’t know, the ever changing weather on the island produces ever changing light as well which means if you’re out there, just wait and the light will come. (I’m here again as I write this by the way.) It wasn’t all photography though as there was some serious writing to do before heading to the Isle of Mull for more photography and to finish of the writing. A week of rain here pushed the photography skills for impact but a few images were attained none the less.

Late March and I had some judging to do for a competition organised by Lymington Library which was interesting with a good selection of entries Add in the frequent days of workshops and PhotoTreks, print sales and commercial activities and my time was used up.

The end of March brought problems which you may have read about in my previous Blogs or monthly Newsletter – Car trouble. We were heading down to Italy to run my Tuscany Workshop, when the car broke down in Colmar, France. I’m not going to go into dialogue here again, suffice to say that the car took over three weeks to be repatriated. Tuscany was as magic as always with warm days, misty dawns and the fantastic scenery of this Unesco World Heritage site. I’m looking forward to this year’s workshop there that’s for sure. April also saw my acquisition of one of the first Nikon D800E’s to be sold in the UK. Plenty of testing took place with interesting results which have been recorded on previous Blogs also.
Now, at the end of the year I can report –it is a fantastic amazing tool.

From June to September much of my time was to be spent on the water photographing sailing boats and yachts of various sizes along the south coast of England and the Mediterranean Sea. As well as my usual forays out on the water for the Panerai British Classic Regatta, the J P Morgan Round the Island Race with clients and the AAM Cowes Week, this year we had the magnificent J Class Regatta in the Solent, the Pendennis Cup down in Falmouth for Superyachts, the Superyacht Cup in the Solent and of course the Olympics and Paralympics sailing at Weymouth and Portland.

This meant a lot of to-ing and fro’-ing, but it was a frenetic, busy and fantastic time. Bouncing around in a rib following the 200 ton J class was truly awesome. Last year I had taken part in the Olympic International event held in Portland as a trial for the Olympics. This year, as an accredited photographer, I was down there to witness our success with our medals including the astonishing Paralympics sailors. Photographing the diminutive Helena Lucas beat her rivals to take Gold in the equally small 2.4mtr boats and then the delight and flag waving when the results were confirmed was fabulous.

My last sailing event of the year was down in the South of France for the Panerai Regates Royales off Cannes. This is an event I have covered before and is for classic yachts. This year gave me one of my highlights as I was asked to photograph aboard one of my favourite classic Fife boats, Moonbeam IV. Previous blogs tell the story, but it was a superb time aboard.

Back home for a couple of days then it was off to colder climes, the Canadian Rockies. Arriving in a snowy Edmunton we spent a cold, snowy week in the Jasper National Park for some memorable lake and mountain images whilst avoiding the bears before dropping down to Banff for some even colder photography amongst the park there before heading back from Calgary.

The Autumn Colours workshops in the New Forest National Park went well with some magnificent colour amongst the beech trees. Mid November and I headed off to Venice for some moody monochromes in preparation for a workshop there next year which went exceedingly well. December saw he last workshop of the year before heading north again to the Isle of Skye which is where I am writing this and where my plans for 2013 start.

Happy New Year and remember two things, “It’s All About The Light” and…
…Keep Practising – I am.