In the Bag at the Panerai Regates Royales 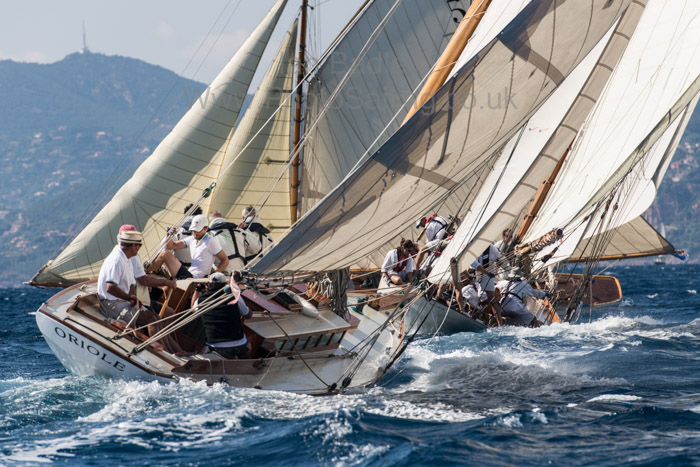 In the Bag at the Panerai Regates Royales

I wrote the other day in ‘ViewPoint’ elsewhere on this website about me shooting with three cameras when photographing yachts from a RIB. Make that four! Today I threw my underwater compact in to shoot some video which will be uploaded later.

I came off the water about 3:30pm today, it is now 6:30pm and I have just finished uploading the images taken from three of the cameras, conducted the first edit and uploaded a few to the gallery. Still to do is emailing off a selection to the magazines and getting some supper! Tomorrow it starts all again.

The sea breeze grew nicely today and earlier than usual. By noon there were white horses on the Med’ and most yachts were either reefed down or reduced the number of sails being flown. Even the J class Shamrock V was reefed down and skipper Nick Ryan had to keep his hair in check with a hair band!

Back home, half my office is filled with camera bags. There is never a one size fits all that’s for sure. Yesterday I took two bags with me on the boat, but neither was perfect for the boat I was on and I ended up stacking one on top the other. Today I was on a different boat and the bags were wrong again but for a different reason – a no win situation. I keep trying to find the ultimate, but the demands are particular for every boat.The pros and cons mount up and become contrary each time I venture out. I’ll keep trying to find bag nirvana as keeping the kit secure and away from the worst of the spray are just a couple of the requirements amongst a variable set of others.

With good seas, good winds, and a competitive fleet of yachts today, the racing was good and I have captured some images that I am happy with –for now. You can view a selection here:Panerai Regates Royales 2013